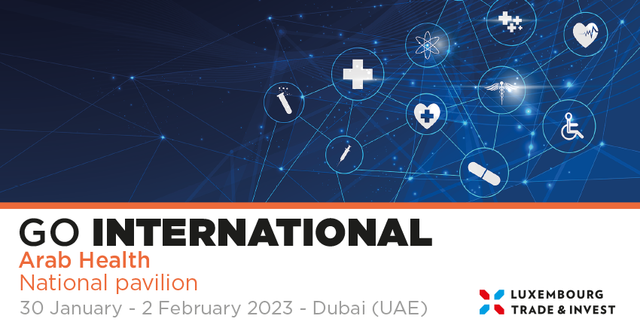 Last evening, Carlo Thelen, CEO and Director General of the Chamber of Commerce opened the 16th edition of Chinese New Year Reception at the prestigious hall at 19 avenue de Liberté, Spuerkeess. This traditional event was initiated by the Chamber of Commerce since 2007, after three years’ interruption due to the COVID-19, people are enthusiastic to welcome the celebration back to physical. 250 places were fully booked in less than two hours, Government members, politicians, business and cultural representatives of Chinese and Luxembourg community amongst the attendees of the festivity.

Carlo Thelen welcomed the audience by a sum up of the series activities that the Chamber of Commerce engaged in the continuous promotion of “Trade and Invest” between China and Luxembourg, despite the pandemics of last years. He highlighted the events of “Zhengzhou-Luxembourg Air Silk Road Summit” under the China’s ’Belt & Road’ Initiative, the Digital Tarde missions to China and the exportation of Luxembourgish products to Chinese markets at China International Import Expo and via the E-commerce tools, etc. He introduced the Chamber’s ‘Go International’ Agenda 2023 and encouraged the businesspeople to take active part in the upcoming events, thanks to the prosperous China-Luxembourg Economic outlook in the coming years. He concluded his opening remark by a quote to expect, at this post-Covid time, ‘Solidly promote bilateral pragmatic cooperation in various fields and take China-Luxembourg relations to a higher level’.

H.E. Prime Minister Mr. Xavier Bettel, Mr. Franz Fayot, Minister of the Economy and Ms. Yuriko Backes, Minister of Finance presented their wishes to Chinese community by a series of speeches, with their respective interpretation of the meaning of the Year of the Rabbit: peace, prosperity and responsibility.

Minister Yuriko Backes mentioned that this was her first participation at Chinese New Year reception as Finance minister and announced that she would go to China at a mission in May. She praised the important players of Luxembourg finance sector, and gave compliments to the 7 Chinese banks and BIL as the latter has a major Chinese shareholder.

H.E. Mr. Hua Ning, Chinese Ambassador to Luxembourg was nominated last October therefore it was his first Chinese New Year in Luxembourg. During his speech, he reported the achievement of Chinese economy, with 3% increase of GDP and 5.6% increase of Sino-Europe Trade in 2022 despite the crisis. He mentioned that the year of Tiger faced to many conflicts, while Rabbit will come along with intelligence and prosperity. He recalled the series of celebrations of 50th anniversary of China-Luxembourg bilateral relations and looked very much forward to the future and more fruitful exchange and cooperation that are yet to come.

Ms. Grace Li, Acting Special Representative for Hong Kong Economic and Trade Affairs to the European Union, Ms. Zhujun Xie, President of the China-Luxembourg Chamber of Commerce gave their best wishes and their engagements to build the bridge and tighten the link between China, Hong Kong and Luxembourg, Europe. The two organisations are the partners of the event.

Mrs. Françoise Thoma, CEO of Spuerkeess, as sponsor of the event joined all speakers to wish all the guests Happy Chinese New Year.