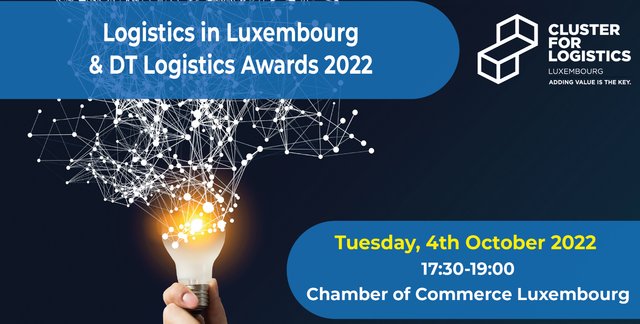 Created in 2017 by the German-born Johannes Berdin and three team members, Urban Timetravel is specialised in virtual reality. The Luxembourg based startup offers virtual reality time-travel tours through the capital, and more recently through Esch to explore the history of Belval. Its objective is to make history more engaging and memorable by bringing our cultural heritage to life and offering a unique touristic and sightseeing experience.

What is your background and how did you come up with the idea of founding Urban Timetravel in Luxembourg?

I studied to become a computer engineer. I have also always loved video games and the creation of Urban Timetravel came along with my gaming hobby. Indeed, I find playing in a static world unfortunate and came to the realisation that there was potential to explore with scrolling virtual reality images, while the viewer is moving. One of my professors, Matthias Haaf, from the  University of Karlsruhe, heard that the city of Luxembourg had launched a call to develop virtual reality projects to strengthen the tourism industry. The creation of Urban Timetravel stemmed from this project idea. In 2018, I created my company in Luxembourg and started working with the Luxembourg City Tourist Office (LCTO) and the City of Luxembourg.

What is Virtual Reality in a nutshell?

Virtual reality or simply VR is a computer technology that uses software to replicate a real or imagined environment. The user can interact with its surroundings and behave as if they were really there. To experience this virtual world, a special device - a VR viewer, sometimes also called a headset - is needed to view and interact with the environment.

And what makes the future of VR look bright according to you?

Virtual reality is an interesting new technology. VR technology is increasingly seen as a new medium for entertainment experiences. It is definitely on the rise. It not only improves memory and retention but also fosters better engagement. Being immersed in what you’re experiencing motivates you to fully understand it and requires less cognitive load to process the information. This
technology will continue to push boundaries, creating new and immersive experiences that go beyond the traditional 2D screen.

How did your first project with the city of Luxembourg evolve since 2018?

This was a new pilot project for the city of Luxembourg, the LCTO and Urban Timetravel. We were asked to offer to the public a bus tour that shows the Pfaffenthal in the nineteenth century with the help of virtual reality. We worked for several months on a concept, before testing how the tour was received by the public. We started this adventure with a five-seater minibus. The headsets still had cables and the truck was full of technology and heavy equipment. In 2019, we conducted the first trials with next-generation wireless VR glasses.
Unfortunately, in March 2020, the Covid crisis prevented us from further developing our product. Nonetheless, we continued to work closely with the city of Luxembourg to fulfill our contract and finalise the product. It goes without saying that we failed in securing any additional contracts during the health crisis.
We took advantage of this imposed break to meet with the city of Luxembourg, Sightseeing.lu and their online booking platform Moyocci (Moyocci stands for ‘moments of your choice’) and see how we could develop sales, while waiting for our activities to resume. Sightseeing.lu operates the Petrusse Express, the city's tourist train that takes passengers on a journey through time thanks to virtual reality. The Petrusse Express departs from the Casemates du Bock and heads towards the Rham plateau and the Grund. When approaching the old mustard mill, the so-called  Muerbelsmillen’ in Pfaffenthal, the passengers of the Petrusse Express are invited to put on the VR headset and to choose one of the four languages to listen to the guide and the musical setting. Only the first of the three cars, which can accommodate 15 people, is equipped with VR viewers. Urban Timetravel offers a 360-degree immersion for  about 15 minutes. The time travelers can
step straight into the past, in the year 1867 of our era precisely. This date is crucial for Luxembourg whose independence was confirmed in 1867, after a turbulent period that even included a brief time of civil unrest against plans to annex Luxembourg to Belgium, Germany, or France.
When purchasing their tickets, tourists can choose between a normal tour with an audio guide for EUR 14.50 or a virtual reality tour at EUR 29.50. In the latter case, travelers can take a seat in the first car equipped with VR viewers. The tour lasts 30 minutes, but 15 people get the chance to experience a virtual reality tour, while the others continue the normal audio tour.

Virtual reality is implemented in a geolocalised vehicle. For five years we have been working on virtual reality in motion. We were the first to offer this innovation in Luxembourg. This is what makes Urban Timetravel’s experience so unique! All passengers move forward at the pace of the Petrusse Express train driver. The carriage accelerates when the driver accelerates, and above all, the VR headset shows exactly where the passengers are in real life. We have also developed a new feature: a button on the headset allows to switch views from virtual to real and compare both places without having to remove the device.

Do you ever travel incognito on the train with tourists? What are their reactions?

I love traveling with tourists and listening to their reactions. Very often, they regret that the time passes too quickly. Most of them exclaim, ‘what, it's over already?’

What is the workload required to make such a virtual film? How did you proceed?

We exchanged with historians and studied many documents from the photo library and from two museums in the city of Luxembourg to recreate the streets. Moreover, we consulted the city's archives while also referring back to old descriptions. We also tried to find meaningful anecdotes, which are always interesting to create suspenseful scenes. Finally, we often interview residents
in the city we work for. They provide very useful details and recount authentic stories. Based on all the information we gather, we first create a scene before modeling a 3D environment. The computer recognises the building blocks and reproduces the model. Sometimes the pattern is used several times, for example to make half-timbered houses. We use the same process to create the characters that we can also animate. The result is really close to the historical reality.

You have also won a project with the city of Esch, as part of the Esch2022 festivities! What did you develop?

After the success of the Luxembourg City tour, we were contacted by the city of Esch. We were requested to develop an interactive journey through Belval's history. Visitors travel a route on a bus and are transported back in time using a VR headset. Regarding Belval, we worked on a virtual tour through the Bel-Val spring, the Adolf-Emil-Hütte (AEH) (smelting, steel and rolling mill) and the blast furnaces. The Bel-Val spring was discovered in 1868. At the beginning of the 20th century, the mineral water was exported all over the world and was also awarded numerous gold medals. It was known for its excellent quality and healing effects. Production was discontinued as the result of growing competition, several fires, and the Great Depression of 1935. However, the spring still exists, and the water continues to flow beneath Park ‘Um Belval’. The Adolf-Emil-Hütte was built between 1909 and 1912 in Esch-sur-Alzette as a smelting, steel and rolling mill. It was named after the coal and steel industrialists Emil and Adolf Kirdorf. The project is budgeted at around EUR 400,000, with the costs borne both by Esch2022 and the Directorate for Tourism. So far, the film was shot in Esch, and we have completed the production within the deadlines given to us. It is now up to the city of Esch to market it.

What do you think are the strengths of your startup to win a project?

We believe we are the perfect partner to launch VR entertainment in moving vehicles. We are a creative team, and we know how to use the advantages of Cross Reality technology. As the founder of Urban Timetravel, I have a personal and creative way of running the company which now employs two 3D artists and three software developers. All of us believe in our idea.

Did you receive any support, advice, or assistance?

We are hosted at the Luxembourg-City Incubator (LCI) at the House of Startups. Innovation hubs, incubators, business accelerators, and startup consulting services are all under one roof at the House of Startups (HoST). We received support from the LCI, masterclasses and training for pitching. I am a computer scientist and not necessarily good at making contacts and developing a network. Julie Jacobs, who runs the Luxembourg Business Club in Germany, helped us establish ourselves in Luxembourg. We also still have some ties to Kaiserslautern, Germany. Urban Timetravel is a member of Digital Devotion Group (DDG) in Kaiserslautern. The DDG benefits from a thriving programming and tech scene, backed by the city’s university. As a matter of fact, the HoST and the DDG work together on opportunities to improve and extend their network across national borders. One of their initiatives is the EU-TRIBE project, which aims to create,  promote, and support a cross-border innovation scene in the Greater Region. To develop this project, contacts within the Greater Region are being established both in the private and public sectors. Luxembourg is an important partner for the DDG, especially as its international reputation provides access to international markets.

Do you have any plans for the future?

Our business model is to provide VR services. Projects emerge from this expertise. We have standardised some modules, but we always develop our products in close cooperation with our  customers and adapt them to their specific needs.
We have very good contact with the Moyocci team. They know the local market and we want to continue working together. VR technology is quite new, and is becoming more sophisticated every day, with a growing number of new applications in various sectors. As technology evolves, new ideas arise. The sensors we developed for the tourist train can be used for other vehicles. In the near future, we could possibly work in the entertainment sector. We imagine developing games with historical connotations. The applications for virtual reality are limitless! As such, more and more companies are adopting these novel technologies to benefit from their extensive functions.