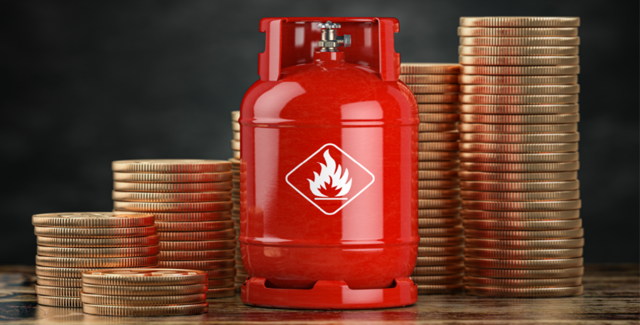 Journée de l'Economie - Facing crises: Where do we stand? Ready for the next one?

The 15th Journée de l’Economie took place on 29 March, at the Luxembourg Chamber of Commerce with more than 160 persons in attendance. Originally focussing on the COVID crisis, the theme of the day was expanded as a response to the crisis in Ukraine to posit the question, “How can we make ourselves more resilient to the next crisis?”.  Indeed, “polycrisis” became the word of the day.

After two years of hosting the Journée de l’Economie virtually, this year’s edition allowed the opportunity for, “open dialogue and face-to-face discussions,” as Carlo Thelen, Director General of the Chamber of Commerce, stated in his welcoming remarks.

Reflecting on recent years since the first “major lockdown”, this year’s edition of the Journée de l’Economie tried to answer the question of how the world - and Luxembourg in particular - responded to the crisis and what lessons we can draw for the future.

Serge Allegrezza, Director General, STATEC and Observatory for Competitiveness also set the scene by telling the audience, “We were in a post-COVID mood when we planned Journée de l’Economie 2022, with a focus on how we can rebuild our economies and societies better. But COVID is coming back. And other crises were developing as the COVID crisis unfolded (Ukraine). We have to face multiple crises and we have to choose the ones to fight against.”

Carlo Thelen, Director General of the Chamber of Commerce, declared to be hopeful that the Journée the l’Economie will allow people to share some interesting ideas on how to answer the pressing questions of our times. The post-COVID stagflation, international supply chain disruptions and the new threat posed by the Russian invasion of Ukraine all reveal that we need to invest more in a circular economy, further drive the energy transformation in order to be less dependent on energy from outside of Europe, and that we need to diversify our economy even more. “Reactivity is key in these challenging times”, he said in his opening words.

Luxembourg’s Minister of the Economy Franz Fayot, who is “an expert on the subject because crises are the new normal since I took office”, as he put it,  pointed out the importance of solidarity and resilience, but also had some lessons learned to share. First, this new crisis is a critical moment for the EU. Second, it will further accelerate the decarbonation agenda and thirdly, we are now understanding the need to build a common defence policy, as well as to give NATO a new purpose.

A deeply fascinating keynote speech was given by Adam Tooze, Economist and Professor of History and Director of the European Institute at Columbia University. Tooze brought up the expression of “polycrisis”, once used by Jean-Claude Juncker and which represents a key word during this year's Journée de l’Economie. In a time of interconnectedness and globalisation, every crisis, even if it is taking place on the other side of the world, has a direct effect on us. “We do not understand what globalisation is, although we are talking about it all the time”, he stated. Furthermore, our attitude of “believing bad things are not going to happen to people like us”, reveals the fundamental issue of human crisis management.

Following the lunch break, Patrick Zylberman, Professor Emeritus of Health History, École des Hautes Études en Santé Publique (Sorbonne-Paris-Cité University), spoke knowledgably on the top of how crises and pandemics induce both terror and fascination and showed many examples through history how this is the case. He noted that today, science and experts are in a difficult position because we are facing more threats. “Science today isn’t only about science, it exists in light of the democracy we live in (control, defiance, surveillance). There’s a clash between democratic will versus scientific truth. Can we control science? Well, expertise is heterogeneous, a construction that is taking place between citizens and scientists. Today expertise isn’t regarded as a monopoly of scientists anymore. It’s a power battle.”

Decision to apply restrictive measures is a decision by citizens, not authorities. Authorities invite and citizens choose. Individual freedom vs collective choice.

Discussions continued until the end of the day, looking at how Luxembourg businesses are handling first the effects of COVID and now Ukraine, with aftershocks of human resource challenges, supply chain issues and energy prices that even now we cannot be sure of the extent of damage this will cause to the economy.

It was a rich, challenging, and important discussion that touched on multiple topics including remote working, COVID passports and the resistance by people who believe their civil rights and privacy have been encroached upon.

The conference was held in English and French. You can view all the photos of the day in this gallery.

As always, the proceeds from the registration will be entirely donated to a deserving charity. This year, the decision was made to support UNICEF Luxembourg, which will be awarded 4.600 euros.

On behalf of all of the organisers, a huge thank you is extended to every one of the 160 participants and panellists of the conference for their valuable contribution.

Since 2007, the "Journée de l'Economie" has been organised every year, assembling a community of entrepreneurs, leaders, institutional administrators, politicians and decision-makers from Luxembourg and the Greater Region.

This conference presents an opportunity to take stock of the economic situation and contemplate ways to boost the development of businesses in Luxembourg and the Greater Region through open discussions.

Over the years, this conference has come to constitute one of the key events of Luxembourg's corporate agenda.

The success of the "Journée de l'Economie'' is to a large degree due to the dedicated involvement of its three main organisers: the Ministry of Economy via the Luxembourg Competitiveness Observatory, the Luxembourg Chamber of Commerce and FEDIL - The Voice of Luxembourg's Industry. The contribution of private collaborators such as PwC Luxembourg has also considerably contributed to the conference's distinction and renown.